Chief Executive Officer for the University of Pennsylvania Health System 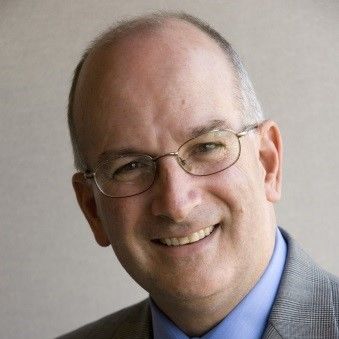 Kevin B. Mahoney is Executive Vice President and Chief Administrative Officer for the University of Pennsylvania Health System and Executive Vice Dean for Integrative Services for the Perelman School of Medicine at the University of Pennsylvania. During his 20-year tenure at Penn, his leadership posts have included serving as Senior Vice President of UPHS, as Executive Director of Phoenixville Hospital, as Executive Director and Chief Operating Officer for Clinical Care Associates, and as Director of Network Development.

Kevin has led several transformative projects which have expanded and enhanced Penn Medicine’s clinical care, teaching and research missions, including the Perlman Center for Advanced Medicine, Smilow Center for Translational Research and the Henry A. Jordan M'62 Medical Education Center. Currently, Kevin is directing the development and construction of a new $1.5 billion hospital, The Pavilion, on Penn Medicine’s West Philadelphia campus, which will house inpatient care for the Abramson Cancer Center, heart and vascular medicine and surgery, neurology and neurosurgery and a new emergency department. The Pavilion, which will be the largest capital project in Penn’s history, is expected to be completed in 2021.

Kevin is also a Director of Tmunity Therapeutics, Inc., a company working to discover and develop new immunotherapies which use cellular engineering techniques to harness the body’s own immune system in the fight against cancer.  Prior to joining UPHS, Kevin served as Vice President for Johnson & Higgins, where he provided leadership to the Health Group, including risk transfer and alternative risk management strategies. He also served as Vice President for Administration for nine years at Bryn Mawr Hospital, and as Director of Administrative Services for Episcopal Hospital for three years.  He is a graduate of Millersville State College, where he earned a bachelor’s degree in Economics, and he holds an MBA from Temple University.  He is also a doctoral candidate at the Fox School of Business at Temple University.

Kevin is dedicated to serving the community through a variety of volunteer efforts benefitting youth and improving wellness throughout our region. He has worked with Community Volunteers in Medicine, Puentes de Salud, the United Way, Boy Scouts of America, the American Heart Association, and he served as an elected member of the Tredyffrin-Easttown School District School Board for 10 years. He lives in Malvern, PA with his wife Pamela. Pam and Kevin have 3 children.