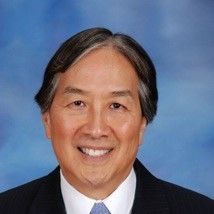 Dr. Howard K. Koh is the Harvey V. Fineberg Professor of the Practice of Public Health Leadership at the Harvard School of Public Health and the Harvard Kennedy School. He has previously served as the 14th Assistant Secretary for Health for the U.S. Department of Health and Human Services (2009-2014) after being nominated by President Barack Obama, and as Commissioner of Public Health for the Commonwealth of Massachusetts (1997-2003) after being appointed by Governor William Weld. A graduate of Yale College and the Yale University School of Medicine, he has trained at Boston City Hospital and Massachusetts General Hospital, has earned board certifications in 4 medical fields, held major academic positions at Boston University and Harvard University, published more than 250 articles in the medical and public health literature and has received over 70 awards for accomplishments in public health, as well as six honorary doctorate degrees. He currently serves on the Board of Directors for the Journal of the American Medical Association (JAMA), the Community Anti-Drug Coalitions of America (CADCA), the Josiah Macy Jr. Foundation, The Network for Public Health Law and New England Donor Services.